Extracts from the Author’s Work

The Owl in the Fig Tree - Epilogue

Panos picked me up from my hotel at dawn, as the first fingers of the sun’s rays clung to the craggy edge of the mountains beyond. He took my camera and rucksack and placed them on the back seat of his truck. It had been two years since I’d returned. There had been the occasional stilted conversation. Outside the window, a hawk hovered. Gunshots exploded into the grey, sodden sky. I’d found some work as a freelance journalist for a travel magazine and had been commissioned to do an article on the Taygetos mountains. Panos had agreed to take me.

The olive trees were waking, their leaves stained with the first touch of sunlight. We drove through tiny villages, cocks crowing, dogs barking, the air gradually becoming alive with birdsong. Old men sat at round tables outside cafés, their eyes still heavy from sleep, drinking coffee out of small white cups. Women in black aprons and headscarves stood on their balconies, shaking mats and hanging cheese in thick white muslin cloths. Piles of wood were stacked neatly outside their stone houses, and the smell of orange and lemon was thick in the languid air.

We turned off the main road and headed towards the distant snow-covered peaks, past crumbling stone houses, anarchist music blaring through the radio. An old graveyard curved round the craggy rocks, vultures hovering above the headstones, tarnished where they’d been exposed to the chill air. A church bell rang.

The repetitive, hollow sound reverberated across the mountain. Mourners stood by the gaping hole, dressed all in black. The priest’s white and gold robe swayed in the wind as he waved incense over the grave, the sound of the liturgy rising above the white stone crosses.

A boy in a blue anorak sped towards us on a bicycle, skidding down the mountain road, a school bag on his back. Panos stopped the car, lit a cigarette, and pointed to a shepherd and a young boy leading a flock of sheep across the ancient kalderimi, the old donkey path that cut through the mountains towards the high spring pastures. The boy hit the sheep’s yellow-tinged haunches with a thin stick, calling to them in sounds barely human that echoed among the tinkling of sheep bells, the wind hissing across the valley.

The forest became denser as we drove higher up the mountain, waterfalls spilling out from grey slate onto the dirt road. A mist hung over the sea beneath us, a veil over the horizon. Smoke rose from the metal chimneys of the corrugated iron huts dotted among the pines, the abandoned canvas shelters alongside flapping in the wind. We passed a small chapel cut into the white rock and turned off the road onto a small track at the edge of the mountain.

The roof of his corrugated hut was covered in snow. He took my hand to stop me slipping on the iced path. A mouse ran across the floor and disappeared under the bed as he opened the door into the damp, cold room.

‘Will you light the fire?’ I asked, pulling my jacket tightly closed and my woolly hat over my ears.

‘I never light the fire in the daytime,’ he said. He glanced at me and grinned. ‘London life must have made you soft.’

‘Will you do it for me?’ I began to unpack my bag, placing my books and camera on the table. He went outside and returned with a pile of kindling and logs and crouched by the stove. The door creaked as he opened it. Soon, feeble flames were crackling, sending tendrils of warmth into the damp room.

‘Do you want tea?’ I asked, placing a small saucepan on the hob.

‘No, I’m going hunting. Make sure you close the door if you go out; there are wolves around here.’ He picked up his gun and was gone.

I watched him climb the steps and disappear into the forest, his rifle slung over his shoulder. I made a cup of tea and sat on the small wooden stool by the fire. The hut seemed homelier than I remembered: sacks of potatoes, huge tins of olive oil, and half-empty bottles of homemade wine were lined up on the wooden worktop.

I took my camera and left the hut, taking shots of the trees and the scattered buildings. Smoke poured from the chimney of a large hut set back from the road, and four dogs on metal leashes outside ran towards me, barking incessantly. The sound of water trickling led me down a small gravel path to a small spring that jutted out of the rocks. I crouched down and gathered the water in my hands, wetting my parched lips.

There was a small chapel beside the spring, the tarnished metal door half open. Thin yellow taper candles rested on a square table covered by a dusty plastic cloth, a few coins and some frankincense and myrrh in a bowl resting beside them. The icons on the walls were faded, the luminescent paint peeling, revealing the damp plaster underneath. Mary Magdalene knelt at Christ’s feet, pouring water from an earthenware pot. On the opposite side, a painting of Mother Mary leant against the window. She smiled serenely, holding a small child, her halo illuminated by the afternoon sunlight trickling through the stained glass.

When I returned, the fire had gone out. I lit it again and then lay down on the double bed, listening for Panos’s footsteps on the path. Wind whistled through the pine trees; a branch snapped; a goat on a chain butted his head against a corrugated iron fence.

He returned as the winter sun was disappearing behind the pines. He rested the gun against the door, placed his keys on the floral plastic tablecloth, and ordered Hector to lie down in the corner on the single bed. The dog skulked across the cement floor, climbed onto the bed, and curled up on the blanket. Panos untied his boots and lay beside him.

The rain began. It beat down on the metal roof until the whole room was alive with the sound of rain tapping, the hissing of the gaslight, and the crackling of the fire. I watched as Panos’s chest rise and fall and fought a desire to climb into his bed, curl up in his arms, and listen to the rain and his breath and the fire’s strange song.

Evening fell – the clock chimed. He woke up, hauled on his heavy work boots, and tied the laces. I gathered my photos and my camera and packed them into a knapsack.

We drove back in silence in the blue pickup, the dog in his wooden box in the back. He dropped me off at my hotel and kissed me on the cheek. Then, when he’d turned away, I walked to the water’s edge and watched his truck wind its way back up the mountain. In the fading light, it grew smaller, vaguer, and, finally, it disappeared.

You accompany me
across these twilight hours
when everything has become quiet
and the fingers of darkness
trace themselves around
the olive trees and shadows.

The way you walked
ahead of me so proudly
yet still waiting for me
or how you took my hand
and led me half – blind
through the darkness.

I cry for you
at random moments
the sudden scent of wild thyme,
how you lay in my arms
like a child and showed me
your sorrow.

Churchbells ring,
prayers for the dead
they wear black
the gaping hole
in the windswept churchyard
on the cliff by the sea.

‘Imaste eina,’ you said ‘we are one.’
as we watched two owls
on the branches of the fig tree
then you took me
to the ancient grotto

where your grandmother carried
water up the mountain on her shoulders.
You watched me as
I cupped clear iced water,
poured it on my face,
over my breasts.

Rain falling endlessly
onto deserted , narrow cobbled streets;
I lie in your arms.

The sound of birdsong,
churchbells,
the sea.

You walk out of the door,
leaving me alone
in this tiny, whitewashed stone house

looking out of the window
through grey cloud
onto the sea.

The sea,
the relentless sea.

I gave you my heart
And you trashed it
As I watched amber light
Stain the olive trees gold
You killed small birds
And threw them in the sink
For me to pluck.

You wouldn’t take me
To your grandma’s funeral
I went along later
In a black jacket
I borrowed from a neighbour.

Your cousin’s fiancé
Smiled smugly
As she’s been there all day.

Easter, we sat in silence
Whilst families gathered at long tables
You wouldn’t take me to yours.

Sometimes you’d mock me
In front of the workers
As I climbed white stone steps
With iced water
In the heat.

Today, I was woken
by the sound of
churchbells
outside my window.

Penelope stood in my doorway
in her best black robes
offering me holy bread
in silver foil.

The village is silent.
I want to rest in it’s shadows,
drink sweet pure water
from the Taygetos mountains.

Feel the fragrant
breeze on my face,
Let this febrile energy
inside of me settle at last. 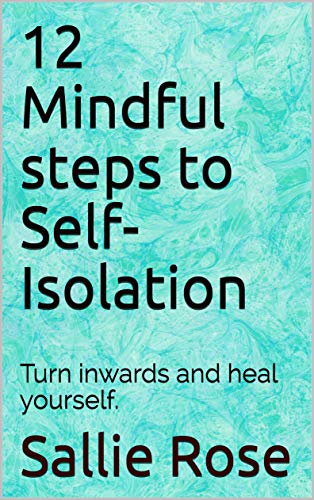